The screenshot below is the example data distributed with Biodiverse, analysed using one cell radius neighbourhood to calculate the PhyloSørenson index of turnover between the branches in the central group (cell) and each group within a one cell radius.  Branches plotted in blue are found only in the central group (neighbour set 1, and the blue should probably be darker), those in red are found only in the neighbouring groups (neighbour set 2), while those in black are found in both neighbour sets.  Any branch not found in the neighbourhood is in grey to reduce its visual impact without hiding it.

As with the View Labels plots which have been in Biodiverse since the beginning, the branch highlighting updates as you hover the mouse over the map. 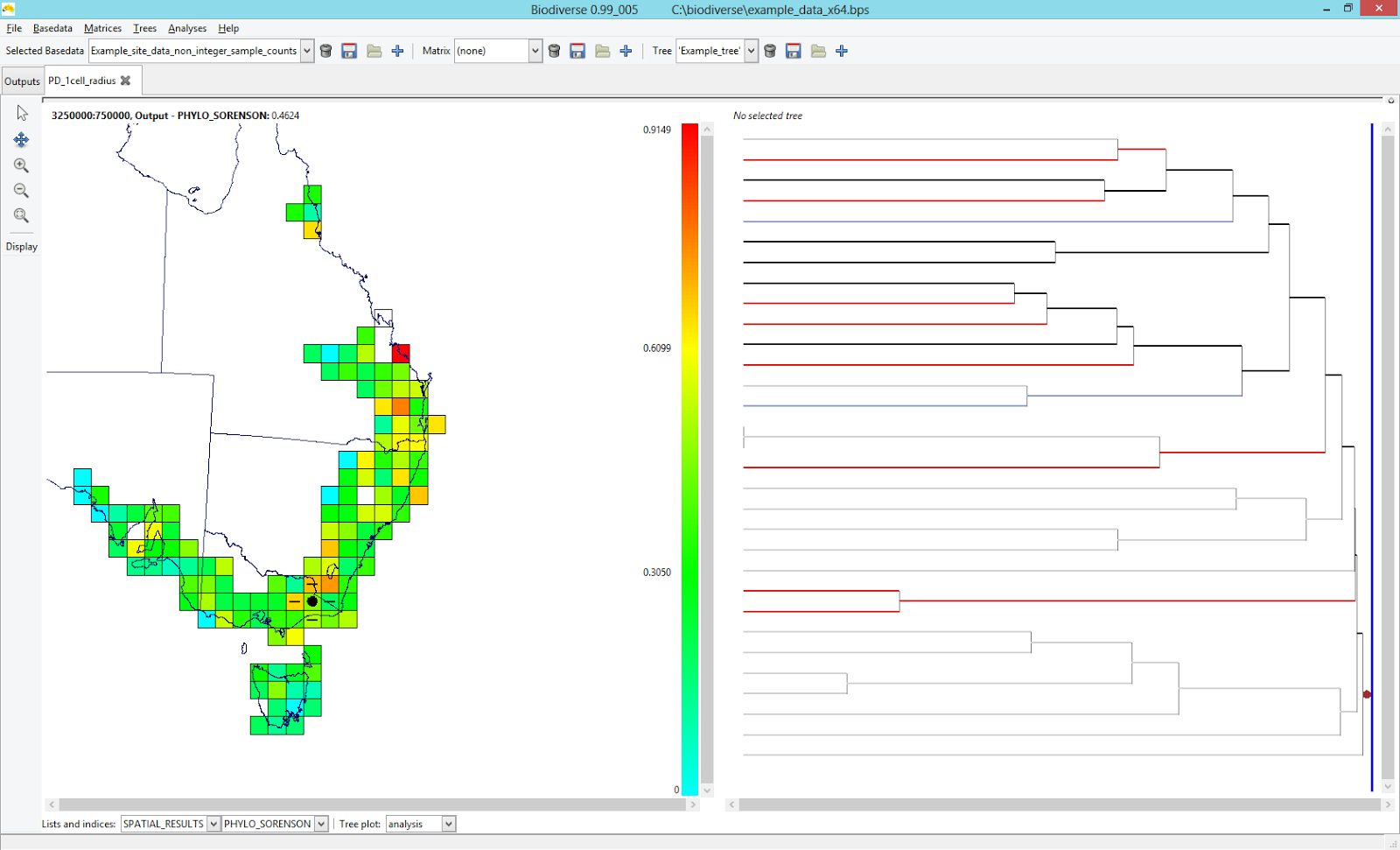 The new tree plot is not restricted to the spatial analyses.  You can also visualise matrices in the same way.  The next screenshot is the PhyloSørenson turnover surface for an index group plotted in grey (see Laffan 2011 for more details about how this process works and is interactive).  Now the branches highlighted are those in the index cell relative to a set in the cell that was hovered over when the screenshot was taken (perhaps we need to highlight that in a future version).  The interpretation is otherwise the same as the previous plot – blue branches are unique to the index group, red are unique to the neighbour group, and black are shared. 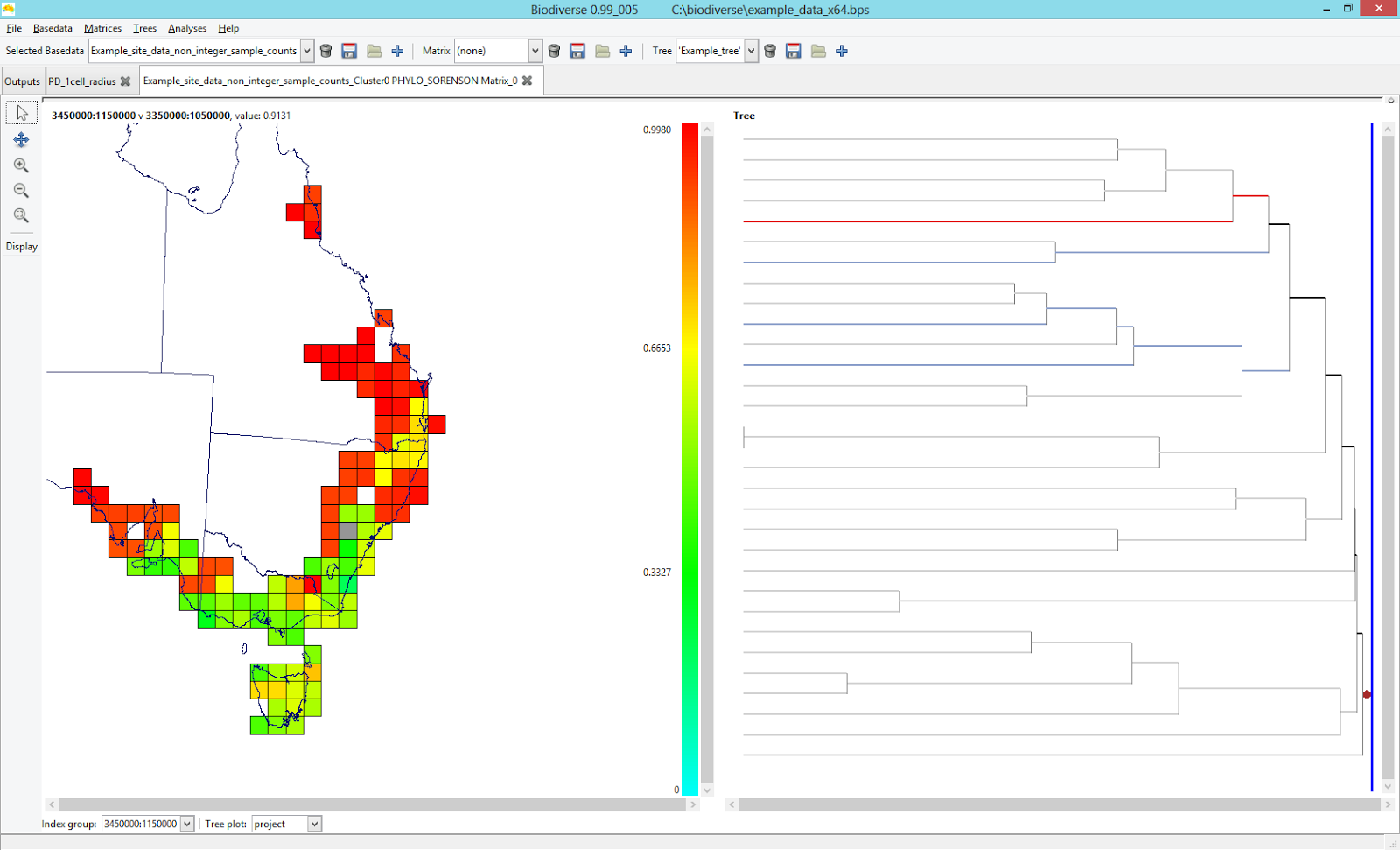 The other good news here is that you are not restricted to using only the tree used in the analysis.  Using the chooser at the bottom of the window you can select from the analysis tree, the currently selected project tree, or no tree at all.  As of version 0.99_005 you can also hide the panel if it gets in the way.

We don’t yet plot extra trees in the cluster plots, but if there is sufficient need then we could be convinced to implement it.

The tree plotting is still a work-in-progress, for example the blue could be darker, but you can try it now using the development version of the software.  https://purl.org/biodiverse/wiki/Downloads

Current users of Biodiverse will also note that the display layout has changed.  That will be the topic of another post.

For the full list of changes in the 0.99 series (leading to version 1) see https://purl.org/biodiverse/wiki/ReleaseNotes

To see what else Biodiverse has been used for, see https://purl.org/biodiverse/wiki/PublicationsList